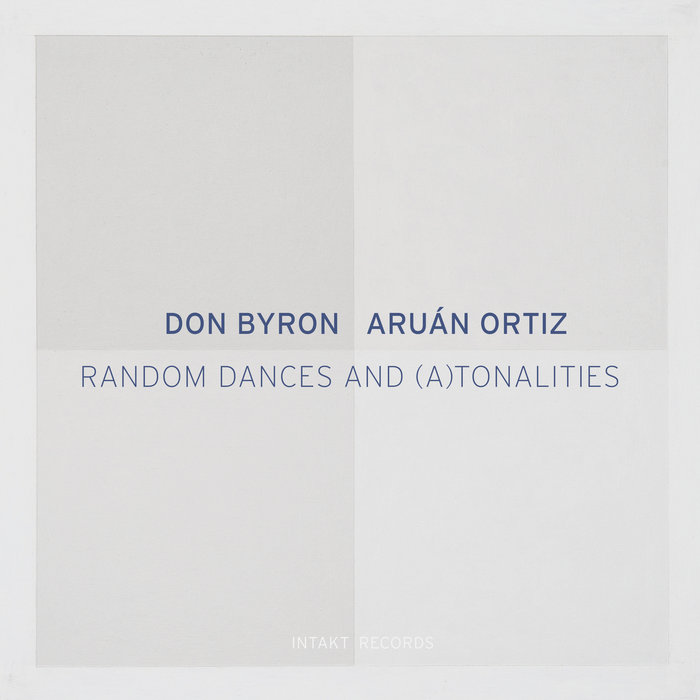 Ortiz, who grew up in Santiago, Cuba, and has lived in the U. S. since 2002, is among the most creative pianists on jazz’s landscape. As a boy he was performing Cuban popular music. His studies broadened to include jazz, first in Europe, finally New York, where he now lives.
In Byron, Ortiz has found an unparalleled clarinetist, whose classical training and exquisite technique anchor a career spanning an unusually broad range of music that nevertheless reflects a focused line of musical inquiry. Byron was born in The Bronx, into a musical family of Antiguan descent. Some of his work has involved highly refined repertory ensembles devoted to early jazz, gospel or klezmer music. Other works assert unfettered new musical routes owing to no one style.
"Random Dances and (A)tonalities" reveals the imaginative leaps of two free-thinking minds. In both, we feel an implied swing, gentle yet with conviction, and shared values of erudition and compassion. We sense a clearly documented moment between two masterly musicians.
(From the liner notes by Larry Blumenfeld)

Bandcamp Daily  your guide to the world of Bandcamp