by ARUAN ORTIZ TRIO with Brad Jones and Chad Taylor 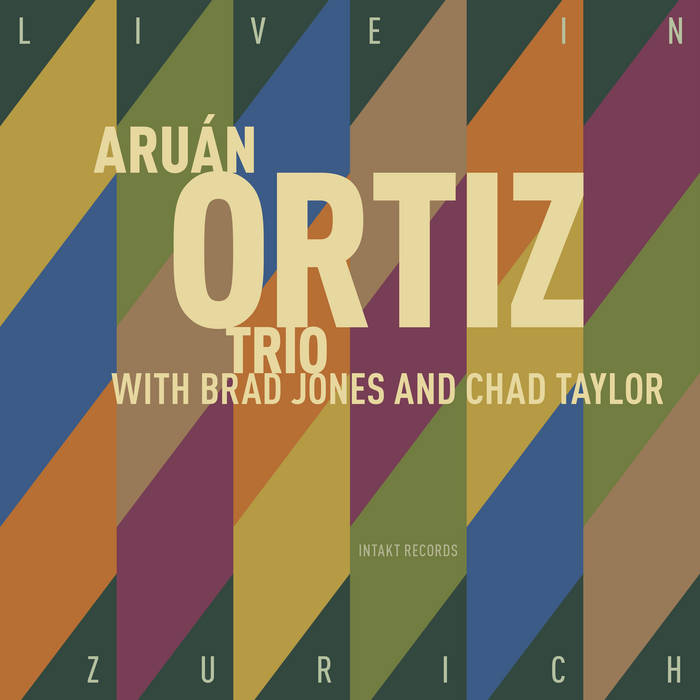 When Aruán Ortiz appeared with his new trio at Zürich’s unerhört!-festival on 26 November 2016, the sense of anticipation was palpable; how would the music from the well-received studio album Hidden Voices feel in a live context. The trio were at the end of their first European tour, and on a roll. Immediately after the concert Ortiz was already enthusing about the interaction and musical dialogue.
“Mulling it over” – like the aging process of wine; carrying one or two pieces around with you for years, till the final versions emerge. In Ortiz’ case this applies to compositions such as “Fractal Sketches” and “Analytical Symmetry”, which were first heard on the studio album Hidden Voices, here in a new line-up, with Brad Jones on bass and Chad Taylor on drums, after an intensive two-week tour. That close relationship between the musicians and the song grows tremendously the more you play it, and it develops a musical trust within the band. When all goes well, the sound and energy are in tune with the compositional idea.

On this live CD we can hear just how well it went on 26 November 2016 at the unerhört!-festival in Zürich.

Bandcamp Daily  your guide to the world of Bandcamp